Guests agree: these stays are highly rated for location, cleanliness, and more.

Hot Tub/Wifi/Kayaks/Fire Pit/Billiards/WildlifeIf you're searching for a peaceful lakefront/riverfront escape, look no further than this newly renovated 3-bedroom, 3-bathroom Lake Livingston home. This 2,632-square-foot custom home boasts luxury linens and furnishings, large TV's in every room with a pool table, fire pit area, extra long dock, 5 kayaks, a paddle boat & more! Relax in the hot tub on the massive furnished deck, perfect for lounging after a fun-filled day of lake activities at this Texas retreat!

Couples retreat, Lake Livingston, wanta get a way?Maybe you're like us...craving nature and a relaxing experience but too busy to make it happen. Maybe you need a break from hustle bustle, demands and responsibility. Our second home is named after our family's all time favorite camp ground, Willow Bay, located in the Allegheny Forest region of Pennsylvania, where we learned to relax, refresh, and rejuvenate. We'd like to invite you to do the same. PLEASE BE SURE TO READ OUR HOUSE RULES BEFORE BOOKING our 2nd home Camp Willow Bay.

Newly Reno’d Bavarian Lake Cottage-Hot Tub, KayaksSpectacular & newly remodeled German cottage at Lake Livingston! It features TWO kitchens, 4 bedrooms, a hot tub, cozy living areas, and relaxing indoor and outdoor private spaces to enjoy the beautiful woods surrounding the lake. There's so much to do outdoors, from grilling, hanging out, hiking, picnics and water fun. Our cottage is the perfect launching spot for gathering, exploring and all things outdoors.. The neighborhood is quiet as well as the lot that the cottage is situated on.

Vacation rentals for every style

Get the amount of space that is right for you 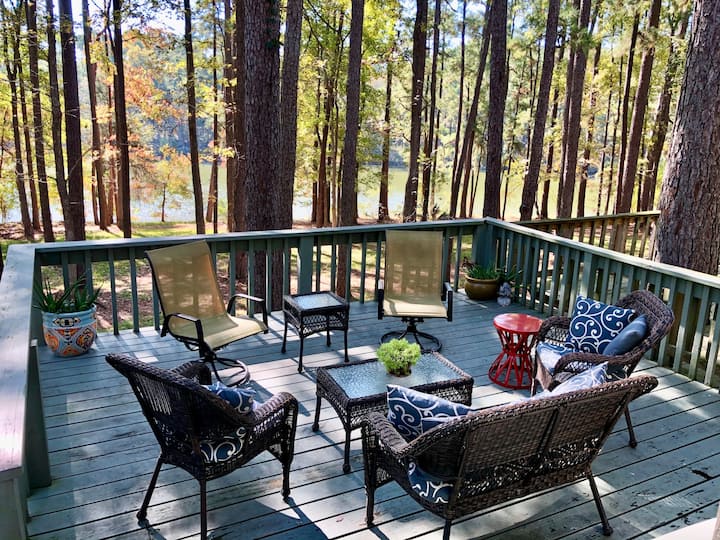 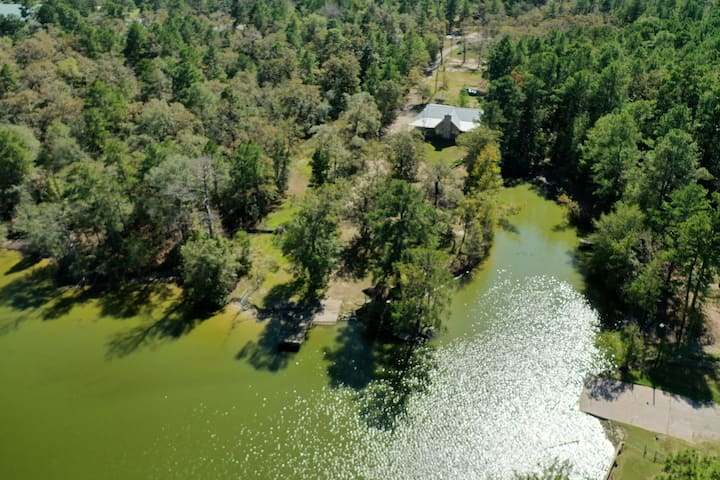 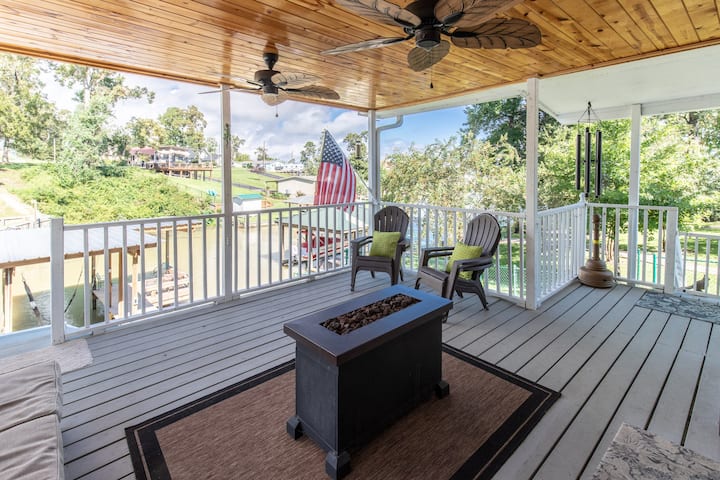 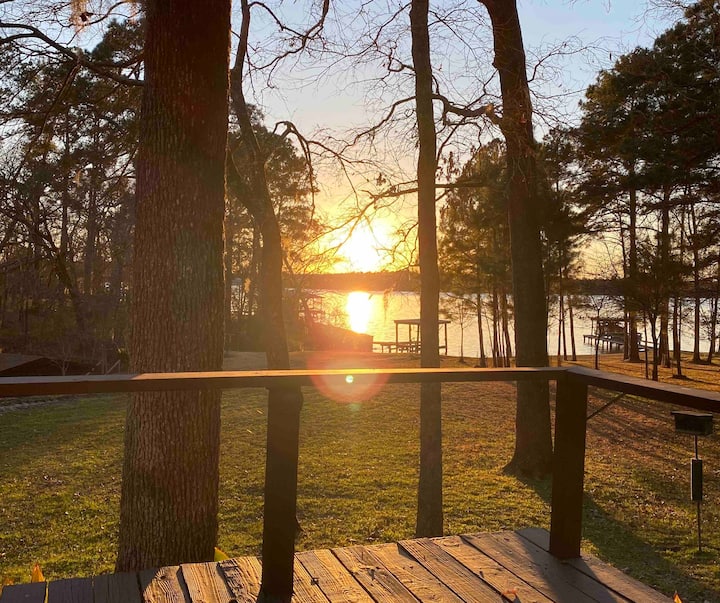 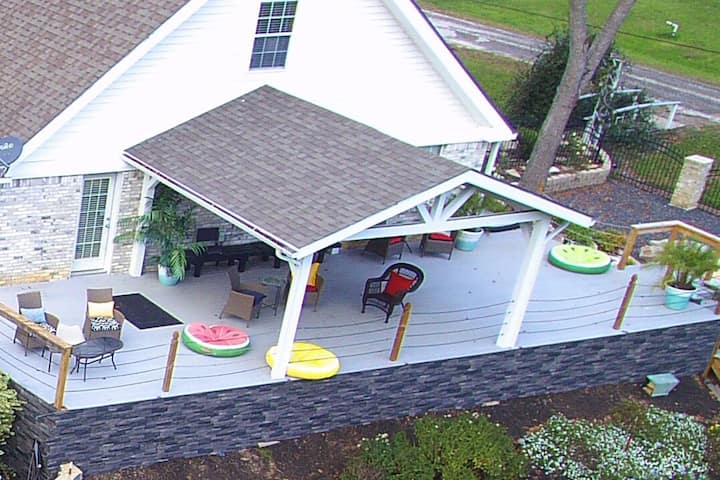 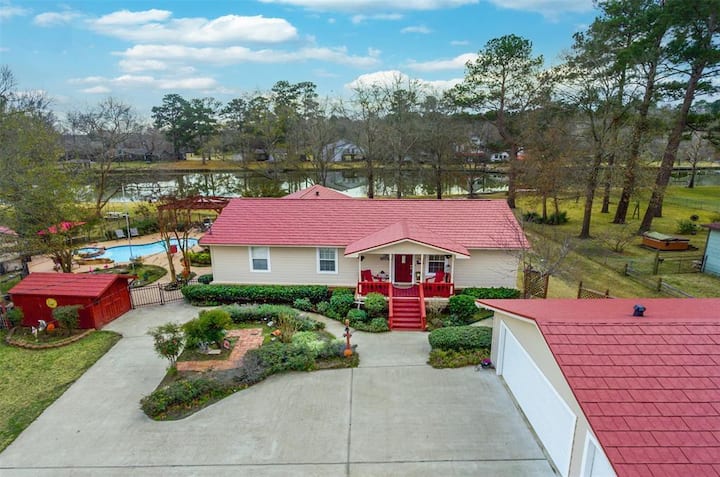 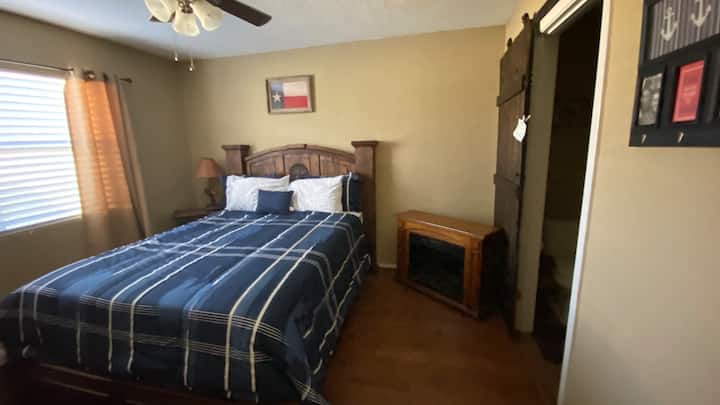 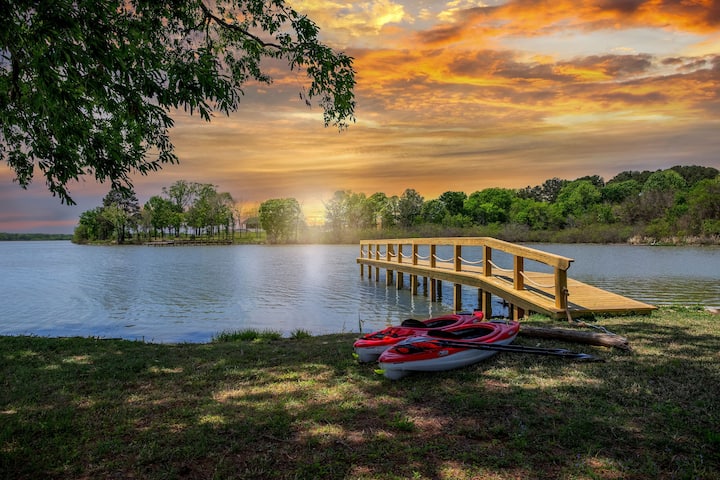 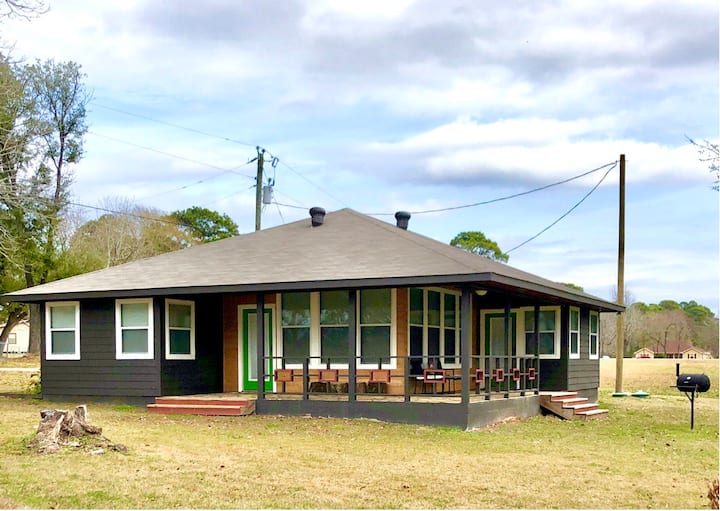 Peaceful Lake Livingston isn’t the most popular body of water in Texas, and that’s just how visitors and locals like it. Covering about 90,000 acres, it’s the second-largest lake in the state, so it’s easy to launch your boat from one of the 100 or so ramps and find a quiet, shady beach where you can spend the day swimming, fishing, or simply relaxing. And keep an eye out for wildlife — white-tailed deer, waterfowl, raccoons, armadillos, swamp rabbits, and even the occasional alligator live along the flat, wooded shores.

Livingston, the largest town in the area, is 10 minutes from the lake, but several small communities dot its shores. Swim in some of the lake’s prettiest blue water off quiet Blanchard on the eastern shore, or fish in one of the many coves around Point Blank on the western side. Bustling Onalaska sits on a peninsula on the northeastern side of the lake at one end of the picturesque Lake Livingston Bridge, and Trinity, the largest lakeside town, has a number of restaurants and shops, and one business that visitors have claimed is haunted.

How do I get around Lake Livingston?

Lake Livingston is about 90 minutes north of Houston and three hours southeast of Dallas, and both cities have major airports: George Bush Intercontinental Airport (IAH) and William P. Hobby Airport (HOU) in Houston and Dallas/Fort Worth International Airport (DFW) in Dallas. It’s best to rent a car to get to and around Lake Livingston, since most of the communities are 10-to-30-minute drives apart. The roads here vary in quality — most are paved, though many of the smaller ones can get a little rough around the edges. You may even find a dirt road or two in less developed areas.

There are boat ramps scattered around the lake, many of which are public; however, there are a few that require a fee.

When is the best time to book a Lake Livingston vacation rental?

With its warm days and abundant, blooming wildflowers, spring is the most pleasant time of year to visit Lake Livingston. From early March to mid-May, bluebonnets, firewheels, Texas Indian paintbrush, and buttercups carpet the forest floor. But for a taste of small-town life, visit in summer, when the event calendar is chock-full of celebrations, including the Fourth of July picnic in the park, Saturday farmers’ markets, and regular Trade Day flea markets in nearby Livingston and Coldspring. Also, each June, the Alabama-Coushatta Tribe, whose territory is located east of Livingston, welcomes visitors to their annual powwow event.

What are the top things to do in Lake Livingston?

A small plot of protected land on the southeastern shore of Lake Livingston, this state park is nonetheless packed with opportunities for outdoor recreation. Rent canoes, kayaks, and paddleboards from the park store; participate in ranger-led activities; or hike one of the six short trails that wind through the park.

Lake Livingston is well known among anglers for its white bass fishing, but you might also hook crappie or massive catfish, which are abundant. Unless you plan to fish from the shores of Lake Livingston State Park, you’ll need a license, which you can purchase at bait shops and sporting goods stores. The park store also offers loaner fishing poles.

Glimpse the past at Livingston’s Heritage Park, home to a locomotive built in 1911 that once transported lumber between mill towns in the area, and the historic Jonas Davis Log Cabin. Other notable historical sites include the Old City Cemetery, which dates back to 1840, and Old Town Coldspring, which includes a replica general store and a two-room schoolhouse from the 1920s.